Supanova Pop Culture Expo, since 2000, is where the adoring public comes face to face with Supa-Star celebrities and the creative talent that inspire their imaginary worlds under one big roof. Gathered from and surrounded...

Posted 5 months ago by

Posted 11 months ago by

Learn creative skills from the world's top experts – Pulitzer Prize, Grammy, Oscar Winners, and New York Times best-selling authors, thought leaders, and legendary entrepreneurs. With over 1,500 curated classes in Photography & Video, Money & Life, Craft & Maker, Art & Design, and Music & Audio, there is something for everyone. You can watch on-air broadcasts for free or buy a class and own the content for life.
Check Out CreativeLive's Free On-Air Classes

36-Hole Outdoor Mini Golf with Slushy and Novelty Gift – Perth Bring your A game for an epic round of golf at Wanneroo Botanic Gardens. Enjoy 36 holes of fun filled with surprises at every track. Your coordination and precision will be tested as you conquer a variety of obstacles, ramps and challenges. A large slushy and novelty ball is included. (from Adrenaline)

Outback Splash Entry and Koala Encounter – Perth Run yourself ragged with an epic day out at Outback Splash! Zoom down the thrilling waterslides, experience the splash of the giant tipping bucket or enjoy the toddler-friendly water activities in Octopus Bay. Then, enter the koala sanctuary where you can pat and feed these adorable creatures. (from Adrenaline) 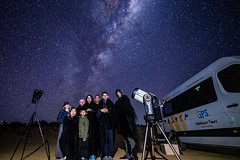 Pinnacles Sunset Stargazing Tour, Perth
Duration: 11 hours
Have you ever wanted to see the Rings of Saturn? How about take pictures of the moon with your smartphone attached to a telescope? On this tour you can use a modern computerised Telescope to get a close up look at the night sky. You are also provided with Astro Binoculars to see the brilliance of the Milky Way. Learn about Aboriginal Astronomy and here stories from the Aboriginal Dreamtime relating to the stars above you. Your guide also points out local bush tucker growing in the areas you travel through. Do all this while enjoying a glass of wine and a Barbeque dinner overlooking the magnificent Pinnacles Desert. 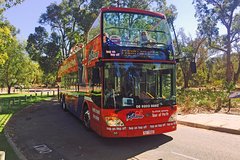 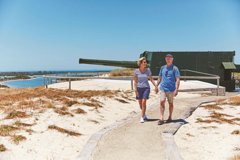 Rottnest Island Historical Train and Tunnel Tour from Hillarys Boat Harbour, Perth
Duration: 7 hours 30 minutes
Do you want to learn about Rottnest's invovlement in World War II? Hop on a high-speed ferry from Hillarys Boat Harbour to Rottnest Island and enjoy a train ride up to Oliver Hill and be guided on a tour of the tunnel system and 9.2 inch diameter guns that form an integral part of Rottnest's military history.