Due to COVID-19 restrictions, we must find creative ways to celebrate events and awareness days.

March 2020 What's On in Melbourne and Victoria

Posted 1 month ago by

Weekend of 29 February & 1 March 2020, 10.30am to 4pm   The Tibetan Buddhist Society is welcoming everyone to the Peaceful Land of Joy Meditation Centre in Melbourne to relax and unwind on Saturday...

Posted 3 months ago by

Posted 3 months ago by

Posted 4 months ago by

Back for its 14th Melbourne International Comedy Festival in a row, this one-of-a-kind experience invites audiences to climb inside their favourite TV show and experience it from the inside out! Faulty Towers The Dining Experience... 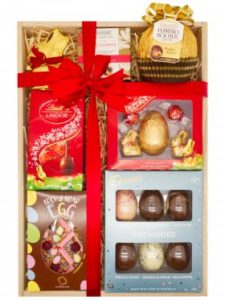 Easter gifts and hampers from A Little Luxury online gift store with a wide range of unusual and elegant gifts, homewares and customisable gift baskets. Every year they add some special hampers and also the option of adding Easter eggs to any gift or hamper on their site – just choose your gift and select from the add-ons at the bottom of each product page.
Please order early to avoid disappointment.